Emerald Airlines Welcomes Industry Veterans to its Board of Directors 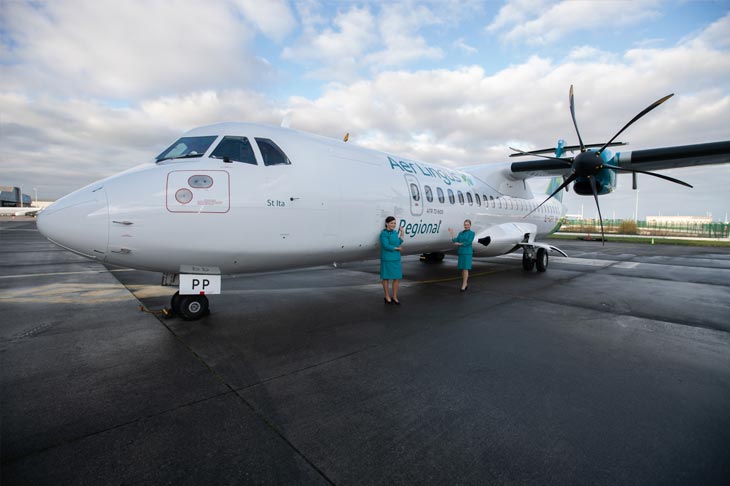 The three new Directors, who are also investors in the airline,  will assist the existing Board and the Emerald leadership team in setting strategy, agreeing annual Budgets and oversight of results, and ensure that Emerald Airlines is managed to the highest standards of corporate governance.  In addition, they will have an active role in the airline’s Safety, Security & Compliance Review Board.

Commenting on the announcement, Conor McCarthy Founder and CEO of Emerald Airlines said: “I am delighted to welcome Chris, Jane, and John, all seasoned aviation experts, to the Emerald Airlines Board. Their decades of experience in dealing with airlines all over the world, including many of today’s most successful airlines, combined with their extensive knowledge and contacts within the aviation industry, puts us in an extremely strong position when it comes to strategy-setting and maintaining a strong culture of governance at the airline”.

Emerald Airlines and Aer Lingus recently announced their accelerated plans for the launch of regional routes, with tickets already on sale. The flights operated under a franchise agreement by Emerald Airlines will commence on 26th February as Aer Lingus Regional. This will result in Emerald Airlines flying over 360 flights per week across 12 routes with fares starting at €29.99, with further route announcements to be made in the coming weeks.

Earlier this month [January], Emerald Airlines was selected as the new operator of the Public Service Obligation (PSO) air route between Donegal and Dublin, which will commence 26th February 2022.

In addition, the airline announced its expansion out of Belfast City Airport, with a new base offering more choice and convenience to customers. Emerald Airlines intends to operate high-frequency routes from Belfast City to; Birmingham, Edinburgh, Exeter, Glasgow, Leeds Bradford, and Manchester. These new routes form part of a long-term deal reached between Emerald Airlines and Belfast City Airport to establish a new home-based carrier at the city-centre airport with ambitious growth plans and further new routes to be announced throughout 2022.

Chris Buckley held various management positions with Airbus in Toulouse for almost three decades. After seven years with de Havilland Canada in Toronto, he joined Airbus in 1992 as Regional Sales Director. He became Vice President of Sales, Europe in 1997. He was promoted to Senior Vice President, Europe, and Latin America, in 2002. In January 2006, he became Executive Vice President with responsibility for Airbus’s commercial business and customer relations in Europe, Asia, and the Pacific. In subsequent years he was given the additional responsibility of leading the regional teams covering Africa and certain countries in the Middle East, as well as the Airbus Asset Management team worldwide.

In 2017, Chris was also given the assignment to build and lead the team to integrate the Bombardier C-Series aircraft (now the A220) into the Airbus product line. This project was completed successfully in July 2018. He retired from Airbus in 2020.

Jane O’Callaghan, Chief Commercial Officer at AMCK, has been in aviation finance for over 30 years, starting in 1987 in GPA, a pioneer in the aircraft leasing sector, which grew to be the largest aircraft lessor in the world. Jane has spent much of her long career in the C-suite of elite aviation leasing companies and has held senior commercial roles at established and start-up enterprises including GPA, GECAS, Pembroke Capital, Aircastle, ALAFCO, and AMCK Aviation, giving her in-depth experience of all facets of the aircraft leasing and finance business.  Jane was part of the founding team of Aircastle, which, in 2006, achieved the first-ever public listing of an aircraft leasing company on the NYSE. She was also one of the founder members of Pembroke Capital’s leasing and asset management platform.

John recently retired from his role as President and Chief Commercial Officer of aircraft lessor Avolon, having been a founder partner of the business in 2010. During his eleven years in Avolon John led the firms’ commercial activities, with responsibility for all airline, manufacturer, and aircraft trading relationships. During this period, the company experienced rapid growth as it transitioned from a start-up to becoming a top-three global lessor, successfully completing a number of large-scale debt, equity, and M&A transactions along the way, including a successful listing on the NYSE..

Prior to joining Avolon John was Chief Commercial Officer at RBS Aviation Capital, having joined RBS from GECAS in 2004. His introduction to aircraft leasing was with GPA Group, where he worked from 1994 to 1996 on the successful refinancing of that business.